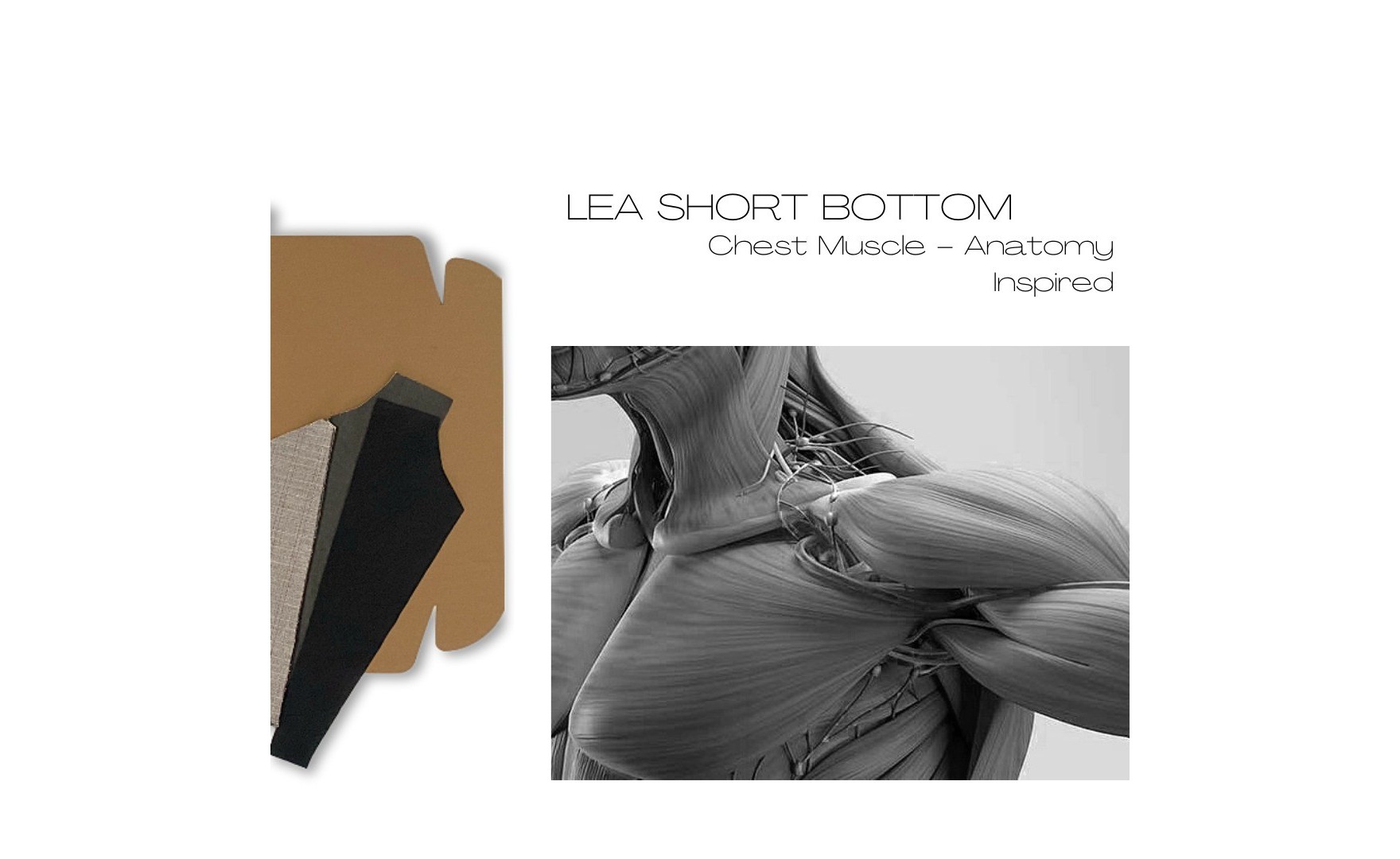 Externally, chest is one of the most sexually dimorphic portions of the human body.

Some of our (Top) Personas are based on the male-muscle-anatomy. That’s because as a form it’s wider than the female and gives bigger dimension to the upper body. As a result, waist seems quite smaller than it already is.